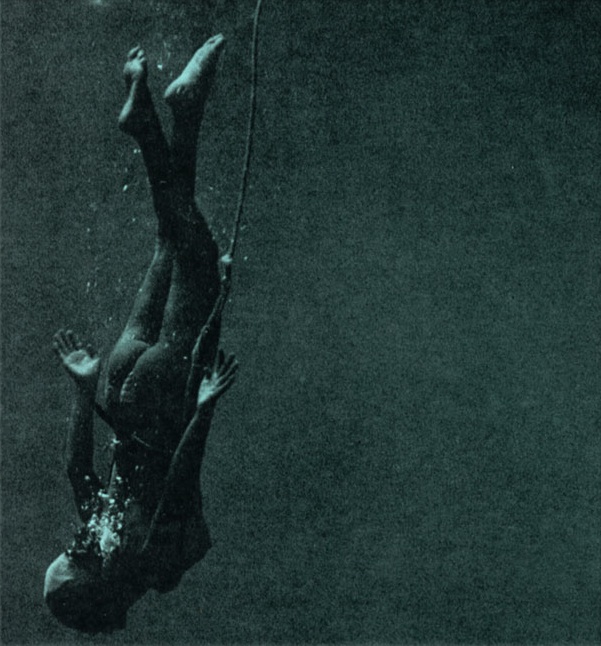 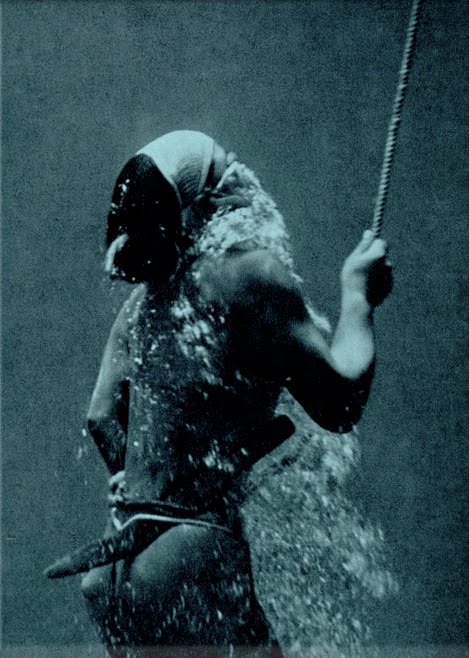 I recently came across this article and was intrigued. I could visualize the imagery of the sea from the writing and could feel the emotions attached to gaining the prize of something so beautiful.  Then in a second serendipitous discovery, I came across photos of AMA Divers –  Japanese “women of the sea” (more about that here).  The images seemed to be perfect, so magical that I decided to edit the text just a bit and change the story from being about a man diver to a woman diver to better compliment the images.  What a beautiful thing to see a women with strength enough to go for what is most desired and precious.  This was such an inspiration to me, I had to share with you – enjoy!

The woman dived into the clear water. Down and down she swam, holding her breath, the water seemingly turning darker the deeper she went – until she reached the bottom and visibility was almost null. But the woman was not deterred. She knew what she was looking for, and her skilled hands hunted around on the sea bed until her fingers had pried open the hard shell and liberated the precious wonder.

Swimming up was strenuous, the woman kept visualising that first gulp of wonderful, vital air – she tired and struggled, but still she kept on, gripping her valuable cargo with fingers that would not, could not let go.

Bursting through the surface and finally, exquisite oxygen filled her depleted lungs.

“Why do you need to go so deep and take so many risks?” said her friend back on the beach. “I found five pearls just over there in the bay, and you’ve only got one.”

There on the palm of her hand, lay the most lustrous, perfectly round pearl – emitting a very slight, barely distinguishable pink sheen.

Her friend was stunned into silence.

The woman very simply said: “This hallowed treasure is very rare. Only one who is willing to plunge into the murky depths deserves to find it”.